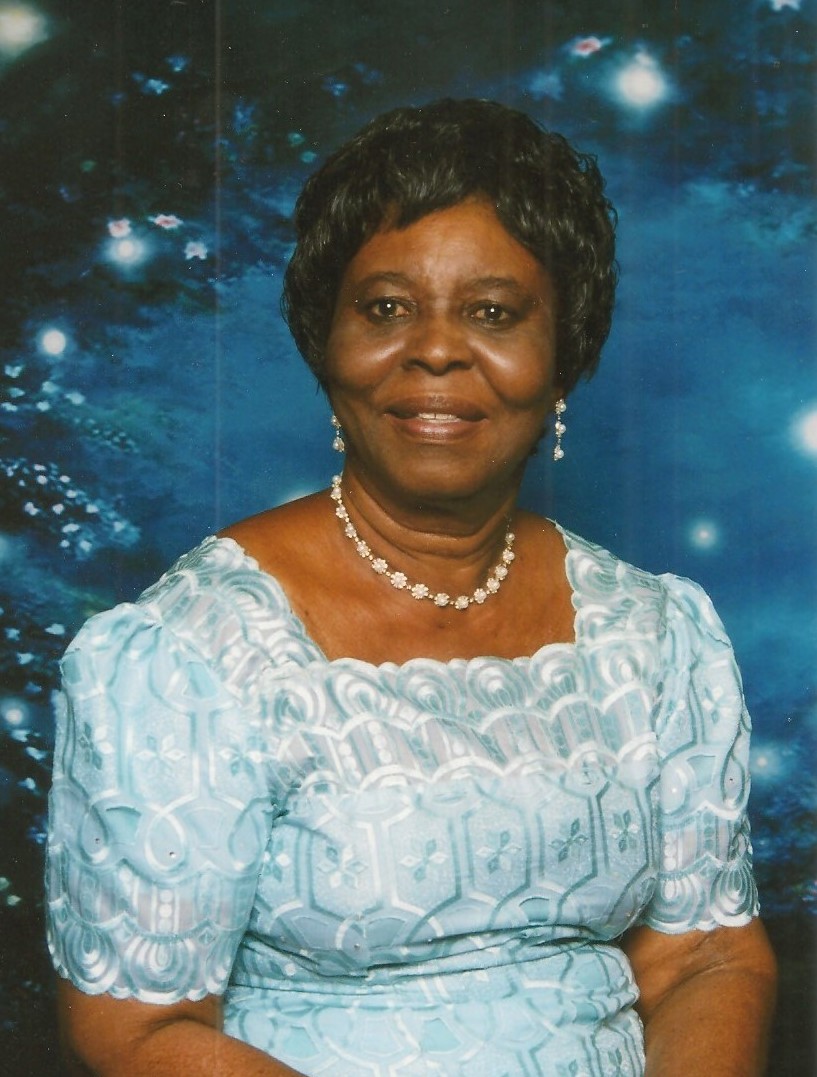 Biography of the Late Madame Salomey Ogbamey-Tetteh (1935-2020) Age: 84, Piscataway, New Jersey Madame Salomey Oblefo Ogbamey-Tetteh (a.k.a. ‘Auntie Fofo’) aged 84, took her last breath on January 19, 2020 at JFK Medical Center in Edison, New Jersey with her daughters at her side. She was born in Abossey Okai, Accra, Ghana on August 10, 1935, to late the Alfred Ogbamey-Tetteh and the late Rebecca Kaaley Amuifio. She was the last of ten children born to her parents. She attended Abossey Okai Methodist School in the elementary stages. She was forced to opt into a vocation to learn to sew because her father did not believe in spending money to educate girls. Otherwise, Salomey was very intelligent; she could have acquired a doctoral or professional degree. She lived with a business tycoon Kwahu woman as an apprentice in her teenage years. She travelled with her mentor to different places in Ghana and spent her teenage years up to her early twenties living in Kumasi, Kwahu, Koforidua and Tamale, trading Kente cloth and other African prints. She came back to settle in Accra with her mentor after a few years. Salomey got married to the late Samuel Kwatei Quartey-Papafio, the love of her life. She bore six children to her late husband, one of which she lost in 2016 in the United States, Daniel Kwatei Quartey-Papafio. Madame Salomey was a seamstress and a trader in African prints and school uniforms. She also baked ‘tarts’ commercially at Kaneshie, where she spent her married years and raised her children. She was a devout follower of Christ and an active member of Abossey Okai Presbyterian Church-Ebenezer congregation, where she loyally served as an usher for many years until she left to the United States. She was also a part of women fellowship and singing band groups. Her involvement in church activities was her greatest joy and passion. Auntie Fofo later settled in the US to help raise her grandchildren. Salomey joined the New Brunswick Presbyterian Church in 1996 and later she was a member of Somerset Presbyterian Church. She enjoyed singing and having fellowship time with God. She loved to cook her favorite, ‘grandma jollof’, second to none. Salomey is predeceased by her husband Samuel in 1992 and her son Daniel in 2016. She left behind a large loving family including her only living sibling of ten, Madame Christiana Ogbamey-Tetteh, five children, fourteen grandchildren and seven great grandchildren. She will be dearly, dearly missed. She believed in raising and nurturing a family as a priceless treasure to acquire in this life and she left this world lacking none of that. She has truly lived a blessed and highly favored life, gifted to her by her Maker. May she rest in perfect peace.