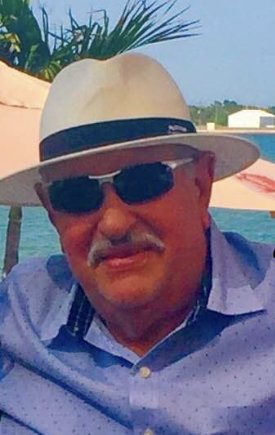 South Plainfield, NJ – Norberto Fernando Laguardia, 72, passed away at Hackensack University Medical Center on May 25, 2019 with his loving wife at his side.  Born in Havana, Cuba to the late Gaspar Fernando and Caridad Laguardia, Bert immigrated to the United States in 1961, settling to Miami, FL.  In 1964, Bert moved to Newark until finally settling to South Plainfield in 1972.

A very proud American Citizen, Bert served his country proudly in the United States Army during Vietnam War, being honorably discharged in 1967.  He worked at Federal Pacific Electric in Newark and from 1968 to his retirement in 2004, Bert held several positions but retired as an Office Manager for PSE&G in Cranford.

Bert was the Director and Coordinator of the Latin Parades and Events, Head of Political Events and Organizations in Union City, was a member of the Hudson County Kiwanis and Forked River Elks.  A Philanthropist and great humanitarian, he was the right hand man for the Mayor, and then State Senator Robert Menendez from 1985-1995.

Bert felt strong about his Christian Faith and had a deep love for the Lord.  He was an avid fisherman and enjoyed the countless hours on his twenty-six foot fishing boat.  Being in the public eye for his entire life, he was a proud supporter of the United States, a wonderful speaker and civic leader for his community.

Bert was a loving husband, father, grandfather, brother and uncle.  A true family man, Bert will be missed by his wife of fifty-one and half years, Norma; son, Stephen and his wife Diane of Jamesburg; three grandchildren, Nicolas, Ryan and Jordan; brother, Alejandro; nephew, Kevin; his best friend Hugo Costa; and his four legged companion, his golden-doodle Tyrus.

Visitation will be held in McCriskin-Gustafson Home for Funerals, 2425 Plainfield Avenue, South Plainfield, NJ 07080 from 5-8 pm.  At 7:30 pm, there will be a religious service followed by Military Honors to conclude the evening.   At the request of the family, cremation will be held privately.

In lieu of flowers, contributions sent in Bert’s name to either the Leukemia Foundation or St. Jude Children’s Research Hospital would be appreciated.