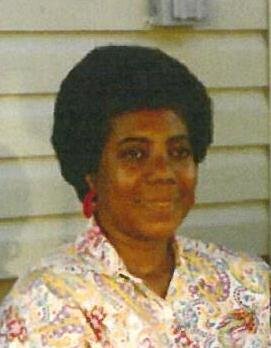 Lucille migrated to the United States in August of 1970 and continued her studies while working. She completed an Associate's Degree in Administrative Secretarial Studies at New York City College of Technology (formerly New York City Community College). Eventually her career path led her to Boston, Massachusetts where she worked for 17 years until her retirement as an Administrative Assistant for PricewaterhouseCoopers LLC, a multinational professional services network and one of the big four auditing firms.

Lucille was a private, respected, vibrant and good person who dedicated much of her spare time to volunteering at various events throughout Boston. Examples of events included the Boston Marathon, Food Pantry and the Boston Philharmonic. She loved the outdoors, and seldom remained idle for a long period.

Lucille was predeceased by her parents, Conrad and Carlotta Taitt and her brother Levi. Lucille is survived by her brothers; Clyde, Christopher, Noel, Anthony and John, her sisters; Lydia, Janice and Charlotte; nephews, nieces and in-laws.

Visitaton will be held on Saturday, June 8, 2019  beginning at 9am followed by an 11am  fuenral service at Grace Episcopal Church, 600 Cleveland Ave Plainfield, NJ 07060.

Cremation Servcies will be held privately.