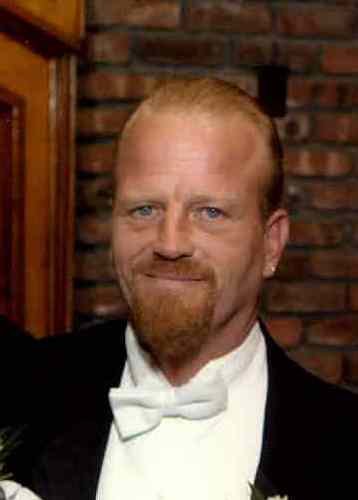 Born and raised in South Plainfield, Michael settled to Readington where he raised his family. Currently working for Garden State Growers in Pittstown, NJ as their top maintenance and repair man, Michael was also a talented roofer with Penyak Roofing. He also enjoyed carpentry projects and Harley Davidson Motorcycles.

A devoted and loving father, Michael enjoyed hunting, fishing and camping with his family.

Predeceased by his daughter, LeeAnna and father, Robert Eustice, Sr.; surviving are his wife of thirteen years, Melissa (Straz) of Redingotn, three children, Michael Jr. Eustice of South Plainfield, Sean Eustice of Readington and Brittany Eustice of Dunellen.  He will also be missed by his mother, Catherine (Meyers) Eustice; three siblings, Catherine Yuill and husband John and Robert Eustice and wife Alice all of South Plainfield and Frank Eustice and wife Son Ye of OK as well as his nieces, nephews and extended family.

Visitation will be held on Friday, June 7, 2019 from 6-8PM in the McCriskin- Gustafson Home For Funerals, 2425 Plainfield Avenue, South Plainfield NJ 07080 with a prayer service beginning at 8PM.

Michael will be privately buried in Hillside Cemetery at a later date.

In lieu of flowers, donations have been requested to be made to the Eustice Family to offset expenses at this time, please see Michael’s webpage at www.mccriskinfunealhome.com.