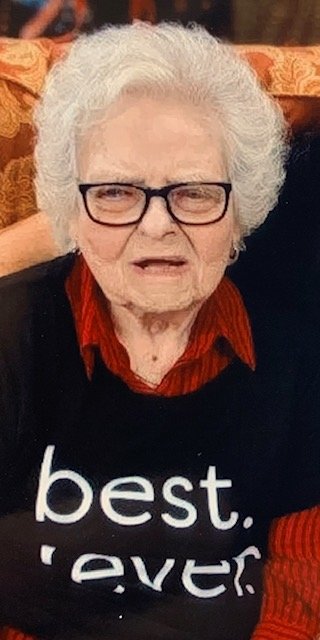 South Plainfield, NJ – Marie (Wierdo) Oehler, passed away at the Center for Hope Hospice located in Scotch Plains on June 26, 2019.  Born in Newark to the late Louis R. and Helen M. (Cogan) Wierdo, Marie was raised in Nutley, graduating high school in 1942.   In 1951, Marie settled in South Plainfield until 1985, when she relocated to Berkeley Township, but then moved back to South Plainfield in  2017.

A dedicated wife, mother, grandmother and great-grandmother, Marie loved spending her time with her family as a homemaker.  Later in life, she entered the work force where she was a real estate agent, most recently with the former Joseph Muglia Realtors located in South Plainfield.

She enjoyed reading, playing Mahjong, and traveling, and she and her late husband William truly enjoyed their time together during retirement.

Predeceased by her husband William in 2004, daughter Linda Lee and by all of her siblings; Marie leaves behind her children; Karen Lavigne of South Plainfield, Joanne Deetz and husband William of Barnegat and William “Bill” Oehler and wife Mary Ellen also of South Plainfield, grandchildren; Richard Lavigne, Courtney Tokgoz, Michael Alfieri and Steven and Sarah Oehler and four great-grandchildren; Tyler, Summer, Wesley and Leyla.

Visitation will be held in the McCriskin-Gustafson Home for Funerals on Friday, June 28, 2019 from 4:00 pm until 8:00 pm.  Due to cemetery scheduling, Marie will be laid to rest with her husband at Brigadier General William C. Doyle Veterans Cemetery in Wrightstown on July 3, 2019 at 1:00 pm.

In lieu of flowers, please consider making a donation in Marie’s name to Smile Train (www.SmileTrain.org)