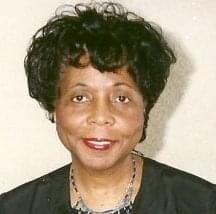 Anne Malloy Thomas was a native of New York and the oldest of six children born to Daniel Malloy, Sr. and Annie Kollock Malloy. After graduating from Girls High School in 1948, she received her Bachelors of Science in Education from City College of New York (CCNY) where she pledged Lamda Chapter of Alpha Kappa Alpha Sorority, Inc. After spending time teaching in Queens, she landed a teaching assignment with the American Dependent Schools in Verdun, France. There she met and married Alton R Thomas, becoming a military wife and mother. She moved on a regular basis and became very active in the military community as part of the NCO Wives Club and Protestant Women of the Church (PWOC); and also immersed herself in the activities of her two daughters and became a Girl Scout Leader to a Band Parent of the Piscataway Superchiefs.

Touching the lives of so many students in grades K-6 in all boroughs of New York City, she retired with over 30 years of service as the Assistant Director, Gifted and Talented from the NYC Board of Education where she wrote and developed curriculum. Her passion for education and the welfare of children did not stop. Anne became a member and President of the Piscataway School Board; the New Jersey School Board and was also a member of the National School Board Association. Anne was very involved in the community and was a Stewardess at North Stelton A.M.E. Church in Piscataway where she was also the Editor of the Newsletter, sang in the Cathedral Choir and tutored children in reading and Latin.