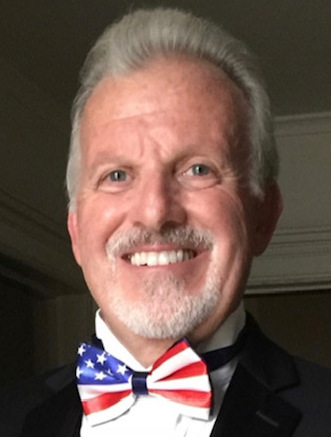 He continued his education at John Hopkins University Evening College for training in the principles of Radar I and II, digital filters and detection and estimation theory.  Chris then went on to Seton Hall University School of Law, earning a JD Degree in May, 1989.

Chris started his working career at Westinghouse Electric in Baltimore, MD where he designed, build and tested major componets of the Doppler filter section of a three-dimensional tactical radar.  He also designed and modified hardware in various radar signal processors.  Chris then returned to New Jersey where he worked at Lockheed Electronics as a Principal Electrical Engineer.

After graduating from Seton Hall, Chris worked for Davis, Hoxie, Faithfull and Hapgood in New York as an Associate Attorney, then as a Patent Attorney at Allied Signal, Inc. and AT&T Corporation.  Chris advanced his career with Lucent Technologies as a Managing Corporate Counsel and Alcatel Lucent as Vice President of Intellectual Property Law, Strategy, Business Development and Assertion.

After retiring, Chris then ventured out and created Malvone Intellectual Property, LLC.  A few years after starting his own business, Chris was asked by his good friend; Carmen Patti to join his firm as a partner, which later became Patti and Malvone Law Group.

Years later, Chris was finally able to retire and do what he loved most, which was to ride his motorcycle with his wife and best friend, Linda.  They took a trip around the country, travelling through thirty-eight states and over 12,000 miles.  A few years later, Chris and Linda rode from NJ to Alaska, travelling over 14,000 miles and reaching their goal of having ridden through all 49 contiguous states.  He loved to run 5k races and even ran a 200 mile relay race with three others.

Chris also enjoyed working out in the local health club, five days a week to stay in shape.  That is where he met his love, Linda.  Chris was a very active and valued member of the Freehold Elks Lodge #1454, presently being on the Board of Directors for the past 4 ½ years.  He has supported many lodge projects, fundraisers and events and will be missed deeply by all of his friends at the lodge.

Funeral services will be held in the funeral home on Saturday, September 18, 2021 at 9:30am with a 10:15 am funeral mass at Sacred Heart Church in South Plainfield.  Burial will follow at Hillside Cemetery in Scotch Plains.

In lieu of flowers, donations sent in Chris’ name to the Freehold Elks Lodge #1454, 73 East Main Street, Freehold, NJ 07728 or to a charity of your choice would be appreciated.