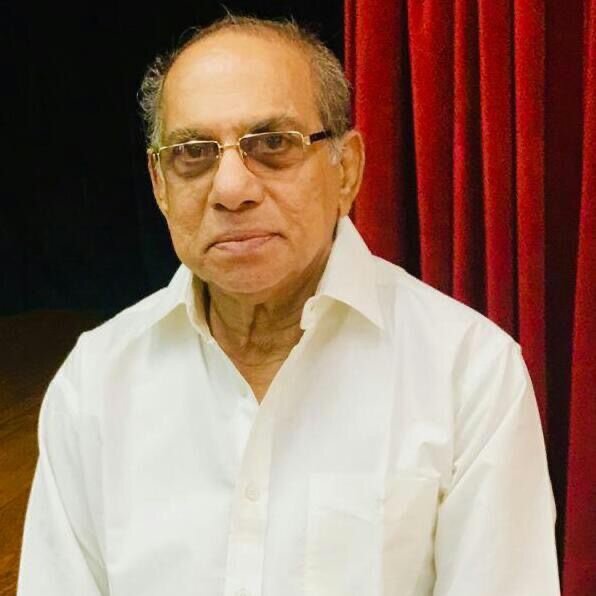 Joseph Cherian Mattappillil was born on January 23, 1938. He was the first son and second child of Mr. Cherian Matttapillil and Sosamma Cherian of the Mattapillil Family.

Joseph Mattapillil was born and brought up in Koothattukulam, Kerala as a strict Orthodox Syrian Christian. As a child, he attended Sunday church service and Sunday school. He went on to serve as a Sunday school teacher and headmaster at his church. His favorite subject in school was arts and crafts and he particularly enjoyed calligraphy. He loved sports and earned recognition as his high school’s best all-around athlete for 3 consecutive years. After completing high school, he spent a year studying art and worked as an art teacher at his alma mater.

In his early 20’s he joined the Kerala home guards and underwent military training. He earned the best cadet award and served them for 2 years. He then moved to Chennai where he joined the TATA Company as a soccer player. He then underwent an engineering apprenticeship with TATA and worked at the company. Later he moved to the Indian Oxygen LTD where he worked as a plant engineer until his retirement. Even while he worked, he maintained his passion for sports. He played and captained Indian Oxygen LTD’s volleyball team for many years. During his playing days, he traveled across the country with his team, competed, and won numerous awards for his company.

He and his wife Saramma of the Palakkadan family, married in 1968. The couple attended St. Thomas Orthodox Cathedral in Broadway, Chennai. Joseph stayed actively involved in the church and served as a committee member for many years. Joseph and Saramma were blessed with 4 daughters and made sure to instill the value of the church in their children.

His love of Christ manifested itself in his many great qualities. Joseph was diligent, self-disciplined, punctual, perseverant, and a perfectionist. His most distinctive quality was his generosity. He went above and beyond for anyone who reached out to him for help.

Since the year 2004, he periodically visited his daughters in the United States. Joseph permanently moved to the United States in 2019 and resided in New Jersey. While in New Jersey, he had the privilege of attending the Sts. Basilios – Gregorios Malankara Orthodox Church and meet the members of the church and have fellowship with them.