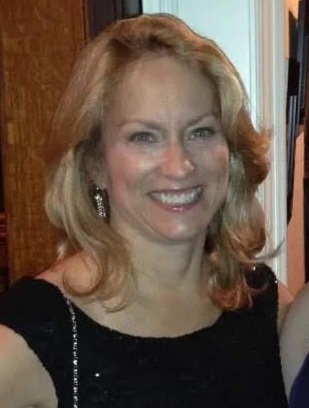 South Plainfield – Janet K. Miller, 65, passed away peacefully surrounded by her loving family at Hackensack Meridian Medical Center on October 8, 2021.  Born in Plainfield to the late Charles and Marion (Shelley) Dietrick, Janet was raised in North Plainfield and has been a resident of South Plainfield since 1981.

A graduate of North Plainfield High, she went on to further her education at Montclair State University, earning a Bachelor’s Degree and continued her studies at Rutgers where she earned her Master’s Degree.  Janet had a successful career working  as a Dietitian for McAuley Hall Health Care Center in Watchung and then at the Genesis Health Care Center  as a Food Service Manager and Dietitian in Plainfield.

Janet was a social person with many friends.  She had a contagious smile and charm that would light up any room she was in. Throughout her life, in her various activities and volunteering, Janet lived life to the fullest.  Janet enjoyed keeping in touch with her friends from college, from Riley School PTO days as well as from The Woodlands and McAuley Hall. She found great joy as a church member where she taught Sunday School and being a scout leader when her children were younger. Janet loved spending time in Cape Cod where she would bike, kayak, read and relax. She always looked forward to her annual trips to Cape Cod and the St. Lawrence River where she could spend time with her family and grandchildren.   And for 40 years her morning walks were always in the company of a golden retriever.

She leaves behind her loving family; husband Steven C. Miller, son Matthew Kravetsky and daughter Allison Spears and her spouse Jordan. She will be missed dearly by her two grandchildren; Ivy and Reid and her siblings; Judy Bacci and her husband John of Kendall Park, Carol Gebauer and her husband Gerry of Toms River and Bob Dietrick and his wife Patti of Brentwood, TN.  She was a loving aunt to her many nieces and nephews.

At the request of the family, all services for Janet will be held privately.  Her interment will be in the family plot in Hillside Cemetery, Scotch Plains.

A Memorial Tree was planted for Janet
We are deeply sorry for your loss ~ the staff at McCriskin – Gustafson Home For Funerals, LLC
Join in honoring their life - plant a memorial tree
Share Your Memory of
Janet
Upload Your Memory View All Memories
Be the first to upload a memory!
Share A Memory
Send Flowers
Plant a Tree
Admin Login | Website powered by FuneralTech & TA | Privacy Policy | Terms of Use