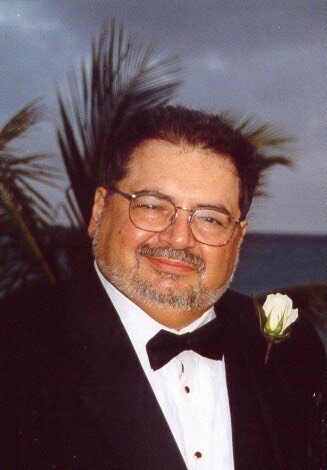 Brooklyn, NY – Michael Dominick Palumbo, 74, passed away peacefully in his sleep on

Tuesday, November 23, 2021. Born in Brooklyn to the late Dominick and Lillian (Damiani)

Palumbo, he was a lifelong resident of Brooklyn before settling in Plainfield just two months ago.

he was honorably discharged as a Petty Officer. Mike began his career on Wall Street. He then

became a computer programmer at Citi Bank and retired as a director at Standard and Poors.

After retiring from the financial tech sector, Mike earned his enrolled agent status with the IRS

and worked seasonally for H&R Block and Intuit as a tax preparer. Mike enjoyed fishing,

golfing, and model airplanes, belonging to PARCS and the Academy of Model Aeronautics. He

was a member of the Knights of Columbus and a sports fan. Mike’s most cherished time was

spent with his family, especially his three grandchildren, enjoying Brooklyn Cyclone baseball in

Coney Island, sharing his hobbies, and watching his grandsons’ games.

Mike is survived by his loving wife of 49 years, Frances, and his two children, daughter Cristina

Palumbo-Vautrin and son Dominick Palumbo as well as his three grandchildren; Christopher,

Zachary and Alexandria Vautrin. He will be missed deeply by his sister and brother-in-law

Theresa and Themis Economou and brother Peter Palumbo. Mike was predeceased by his

Visitation will be held at McCriskin-Gustafson Home for Funerals, 2425 Plainfield Avenue, South

followed by a 10:30am Funeral Mass at Sacred Heart Church in South Plainfield. At the request

of the family, a private burial will be held at Ocean View Cemetery located on Staten Island, NY.

(www.stjude.org) would be appreciated. To send online condolences, please visit

10:30 am - 11:30 am
McCriskin – Gustafson Home For Funerals
2425 Plainfield Avenue
South Plainfield, New Jersey, United States
908-561-8000
Prior to mass, additional visitation will be held in the funeral home from 9:15am until 9:45am
Need Directions?
View Map | Text Directions | Email Directions
Share Your Memory of
Michael
Upload Your Memory View All Memories
Be the first to upload a memory!
Share A Memory
Send Flowers
Plant a Tree
Admin Login | Website powered by FuneralTech & TA | Privacy Policy | Terms of Use