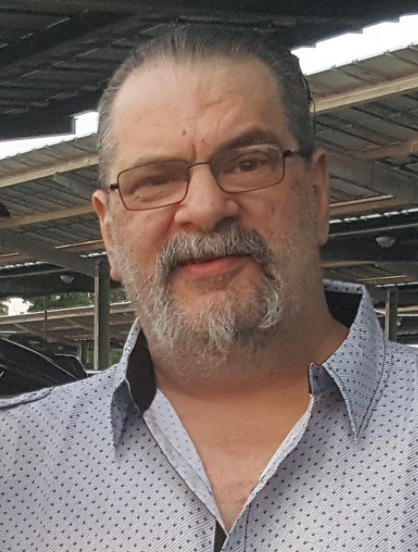 Piscataway – Steven Robert Petite, 60, passed away in his sleep on Thursday, December 16, 2021. He was born in Jersey City to the late Robert and Eleanor (Kirstead) Petite. Steven was raised in Union Beach and settled in Piscataway in 1993.

Steven honorably served his country in the United States Air Force for four years, traveling all over the world and holding the rank of E-4.  Steven worked as a foreman in the concrete business, most recently working in the Susquehanna region as a concrete cutter.  Steven was a jack of all trades, having a love for tinkering, fixing things, woodshop and cooking, especially known for his chili as well as pasta and meatballs.

A big intellect and visionary, Steven loved to read, write, and always enjoyed a good conversational debate. He had a love for the beach, fishing, music, and movies but his favorite time was spent watching his sons wrestle. He also loved animals, especially his dogs and was an avid NJ Devils’ fan.

Steven leaves behind his loving wife Sonia A (Mills) Petite and their children; Corey Mills of Piscataway, Alexander Robinson of Tacoma, WA, Victoria Petite of Philadelphia, PA, Vanessa Petite of Montana, Amanda Baxter and husband TJ of Point Pleasant Beach, Michael and Marcus Petite, both of Buffalo, NY.  He also leaves behind his five grandchildren; Sierrah Davis, Symphony, Alessandro and Annaleigh Robinson and Mykah Petite as well as his sister Lisa Petite of Keyport, nephew Richard, niece Amanda and a host of cousins and extended family.

Visitation will take place 3-7pm on Thursday, December 23, 2021 at Piscataway Funeral Home, 18 Stelton Road, Piscataway, NJ 08854.  Eulogies along with Military Honors will begin at 6:30pm and cremation will be held privately.

The Petite Family would appreciate flowers or a donation sent to the Military Suicide Hotline (www.suicidepreventionlifeline.org).