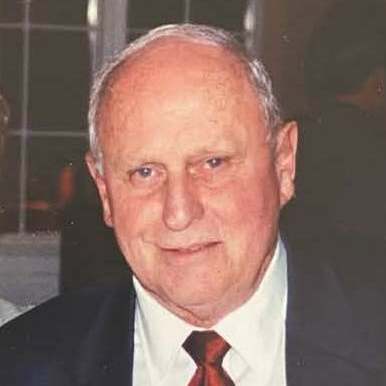 Robert E. Blanchard, 89 passed away peacefully on January 2, 2022. Born in Newark he lived in Union until 1956 when he moved to South Plainfield.

Robert proudly served his country in the US Army during the Korean War. Sergeant Blanchard was a squad leader with the 21st AAA Battalion 25th Division. He was awarded the Korean Service Medal with three bronze stars and a Presidential Unit Citation. He was a member of the South Plainfield VFW. Robert was a proud veteran.

A sheet metal worker for local 22 until his retirement, Robert enjoyed life and had a great sense of humor. He enjoyed being with his family and friends and also loved his condo and the casinos in Atlantic City.

Robert was predeceased by his brother, Clayton Blanchard; he is survived by his loving wife of 67 years Marie Meidlein Blanchard; his two beloved daughters, Nancy Camperchioli and husband Patrick and Kim Bucossi and husband Paul and his grandchildren, who affectionately called him Poppy, Corey and Casey Camperchioli, Lindsey Tino and husband Kevin, Rebecca Ratner and husband Max and Louis, Lauren, and Carly Bucossi. He is also survived by his two great grandchildren Jack Tino and Zoe Ratner as well as many loving relatives and friends.

He will be truly missed and we will always cherish our wonderful memories with him.

Funeral services are private and under the direction of McCriskin – Gustafson Home For Funerals.

A Memorial Tree was planted for Robert
We are deeply sorry for your loss ~ the staff at McCriskin – Gustafson Home For Funerals, LLC
Join in honoring their life - plant a memorial tree
Print
Share A Memory
Send Flowers
Plant a Tree
Admin Login | Website powered by FuneralTech & TA | Privacy Policy | Terms of Use