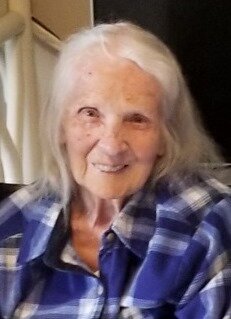 Margaret M. Wilson, 87, passed away on Saturday, January 15, 2022 at her residence in Lebanon, OR.  Born in Plainfield, NJ to the late John F. and Margaret M. (Yurick) McLean, Margaret lived in NJ prior to settling in Oregon in 1994.

Margaret loved to spend time with her family, particularly her grandchildren and great-grandchildren.  She belonged to the American Legion Auxiliary and was a communicant of St. Edward Catholic Church in Lebanon.

Margaret is survived by her husband of sixty-nine years, Harry R. Wilson, and their children; son Harry and his wife Judy of NJ; daughters, Debby and Peggy, both of OR; eight grandchildren and sixteen great-grandchildren.

Visitation will be held on Saturday, January 29, 2022 beginning 10:00 am at McCriskin-Gustafson Home for Funerals, 2425 Plainfield Avenue, South Plainfield, NJ 07080.  A concluding prayer service will be held at 11:30am with burial immediately following at Holy Redeemer Cemetery in South Plainfield.