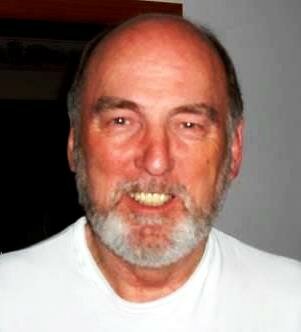 Walter was born in Waterville, ME to the late Lydia (Ladd) and Walter F. Drummond, Sr. on December 9, 1938.  After his honorable discharge from the Army, he settled in New Jersey where he met and married his wife Carol and moved to Middlesex.

Walter was employed by IBM and retired in 2001 after 34 years of service. Walter was a member of the American Legion, VFW and Eagles.  He loved fishing and hunting with his brother in Maine. An avid wood turner, Walter loved nothing more than spending his days in his workshop “finding what was hidden in an old tree stump”, making sure all family and friends were well supplied with beautiful pen sets, wine stoppers and bowls in the process.

Preceded in death by his wife Carol, Walter is survived by his children, son Walter F. Drummond, III and his wife, Kristina of Los Gatos, CA; daughter Kathleen A. Freeberg and her husband, Eric of Somerset, NJ, two adored grandchildren, Walter IV and Zoe; brother Stephen Drummond and sisters Althea Haskell and Laurel McCommic, as well and several nieces and nephews.

The Funeral Service will be held at Middlesex Funeral Home on Wednesday, February 9, 2022 at 10:45am.  Immediately following the funeral service, Walter will be laid to rest alongside his beloved Carol at Bound Brook Cemetery in Bound Brook, NJ.

Visitation will be held on Tuesday, February 8, 2022 from 5-8pm in the funeral home.