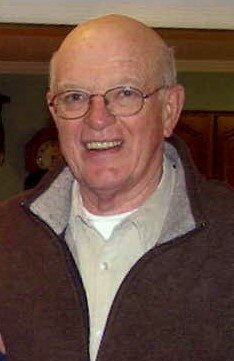 Obituary of William P. Ashnault I

Bill was born and raised in Elizabeth to the late Joseph and Elizabeth (Kern) Ashnault.  As a young man, he bought his first residence in Linden, New Jersey. In 1969, he purchased a plot of land where he and his wife Nancy built their dream home in North Edison, of which they lived for over 40 years.  After retirement, he spent many long weekends at his residence in Seaside Heights where he enjoyed swimming, fishing, and walking the boardwalk.  For the past 12 years he has lived in South Plainfield.

Bill prided himself on working hard and providing for his family.  He had a long career as a Master Mechanic with the Elizabethtown Gas Company at which time he also took on work,  fixing cars, painting houses and other miscellaneous handyman jobs.   More recently he proudly worked for Twin City Pharmacy, of where he made many friends, both fellow employees and customers.

Bill was a proud Seabee who was honorably discharged from the United States Navy, and remained in the Navy Reserves for twenty four years.

Bill loved people.  He was always there to help a friend in need, from home repairs to fixing cars, he was a phone call away.  His favorite time spent was with his family, of which he hosted many holidays and pool parties. In his 80's he regularly hosted pizza parties with his grandchildren. He was a former member of the BPO Elks and Ortley Moose and a proud supporter of Rutgers Wrestling.  He enjoyed attending his grandchildren's sporting events, he was so proud of them all.

Bill will be laid to rest with his wife at St. Gertrude Cemetery in Colonia.