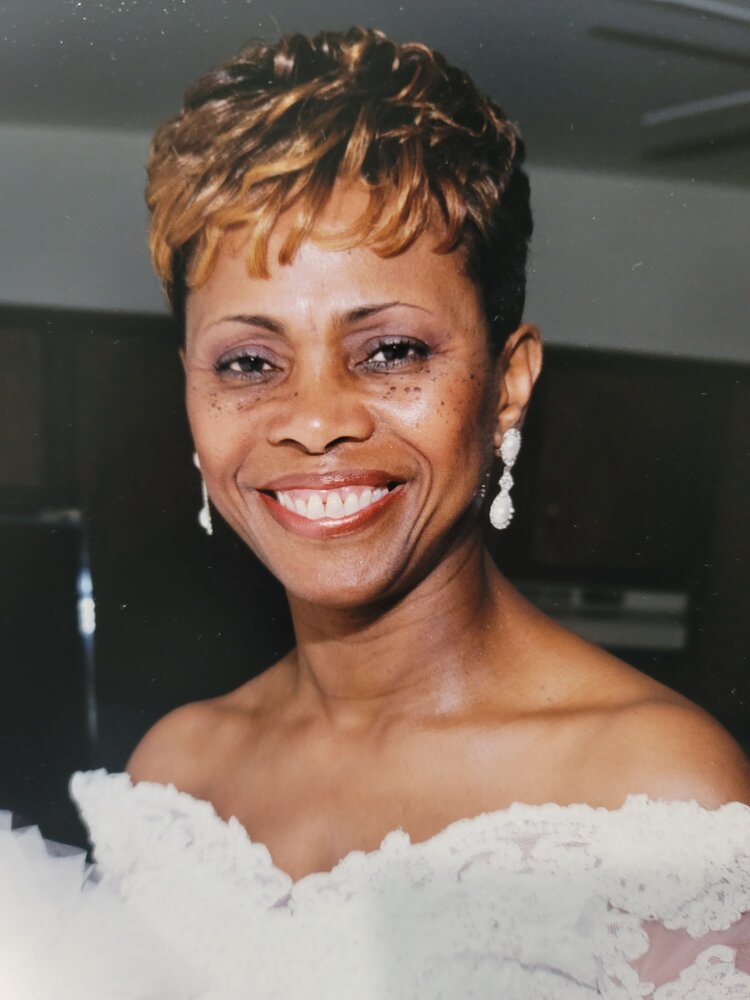 Please share a memory of Ann to include in a keepsake book for family and friends.
View Tribute Book

Ann Noreen (aka Heads & Annie) was born in the parish of St. Michael, Barbados on December 25th, 1945.  “Christmas Baby” was the oldest of two children to the late Marjorie and Dudley Nightingale. In her early 20’s after graduating from The Modern High School of Bridgetown in Barbados, she began a modeling career earning a “First Runner-Up” nomination in the Miss Barbados Beach contest.

At age 24, as an extremely independent young lady, she migrated to the United States in March of 1969 settling in Brooklyn, NY.  Shortly after, in 1971, she married her love Kenneth G. Ebanks.  The marriage produced two beautiful daughters.  Defying the odds as an immigrant, she exhibited multi-faceted characteristics taking on many responsibilities, career opportunities with fulfilling roles for employers such as:  Switchboard Operator for New York Bell Telephone, Evyan Perfumes, and Doral Hotel; as a Patient Account Representative for Mount Sinai Hospital. After which she embraced retirement while still working other short stints in healthcare related roles.

In 1990 she relocated to Piscataway, NJ and became an active member of Christ United Methodist Church.  In 1999 she moved to South Plainfield, NJ, where she met and married Lawrence Bailey.  She also became a member of St. Mark’s Episcopal Church in Plainfield, NJ where she continued to worship until her inability to drive due to her Alzheimer’s diagnosis.

Ann was no-nonsense and hardworking, but always wore a contagious smile.  Known as “The Life of The Party” and enjoyed living life with no boundaries.  Her passions included her love of music, dancing, traveling, gardening, landscaping, and style… always known for being the best dressed while staying sharp with not a hair out of place!  Family was everything to her especially her mother Mum and grandchildren.  She is survived by her daughters, Alysa (Curtis) and Kimberly.  Grandchildren: Bryce, Darrion, Nyla and Ariana, brother Michael (Margaret) and a host of other loving relatives and dear friends.

Relatives and friends are invited to join the celebration of Ann’s life on Saturday, March 26, 2022 from 11am – 2pm at Piscataway Funeral Home, 18 Stelton Road, Piscataway, NJ 08854.  Following the services, Ann’s cremation will immediately follow privately.

In lieu of flowers, donations can be made to the family in C/O of Piscataway Funeral Home, 18 Stelton Road, Piscataway, NJ 08854.