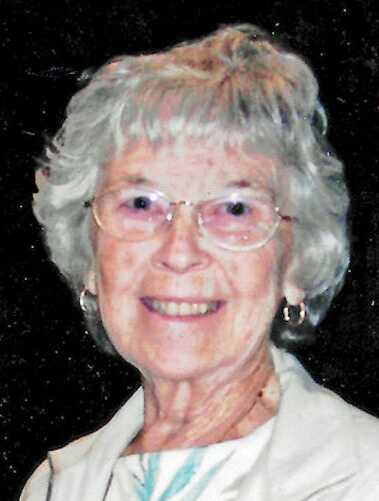 Please share a memory of Mary to include in a keepsake book for family and friends.
View Tribute Book

Mary J Camuso entered into eternal life on March 2, 2022, at Brandywine Senior Living at Middlebrook Crossing in Bridgewater, NJ. She was 96.

Born in 1925 in Bound Brook, NJ, Mary Wyckoff was the eldest daughter of Arthur Burns Wycoff and Frances Gaieski Wyckoff.

Mary lived her entire life in Central New Jersey. She attended and graduated from Bound Brook High School, and worked for a time at Johnson & Johnson in New Brunswick. She met and wed her first love, Robert Johnson; they bought a home in Middlesex, and together operated an Esso service station on Easton Avenue in Somerset. Mary also worked in the production department at GAF in Manville. Bob and Mary traveled extensively, including many domestic and international trips with the Standard Oil Dealers' Association, and they also enjoyed spending time at their shore house in a lagoon community in Brick.

After Bob passed in 1976 after a long struggle with mesothelioma, Mary moved into the Middlesex Village Apartments in Middlesex, and enjoyed dining out, "garaging" and senior bus trips with her sister Margaret. She met Walter Camuso Sr. of Livingston through "New Horizons", the social group for widows and widowers at St. Philomena's Church, where he was the president; they married in 1983, summered in Middlesex, and wintered in Tampa, FL. After some health concerns and hospitalizations in Florida, Mary and Walter relocated permanently back to New Jersey. Walter passed in 2002; Mary moved into the Middlesex Senior Housing at Watchung Terrace, remaining active with family and friends, and enjoyed playing pinochle with the regulars down the street at the Middlesex Seniors group well into her nineties. She relocated to Brandywine for assisted living care in 2018.

Mary was a devout worshiper at Our Lady of Mount Virgin Parish in Middlesex, where she was a daily communicant for many years.

As it was her fervent desire to advance medical science and education, Mary's remains were donated to the Anatomy Gifts Registry of Hanover, MD. A memorial Mass and celebration of life will be held at Our Lady of Mount Virgin Church, Middlesex, on June 24 at 11:30 AM, followed by a graveside service at Resurrection Cemetery in Piscataway. In lieu of flowers, please consider a contribution in Mary's name to RWJ Barnabas Health/Somerset in Somerville, or to Our Lady of Mount Virgin Church in Middlesex.