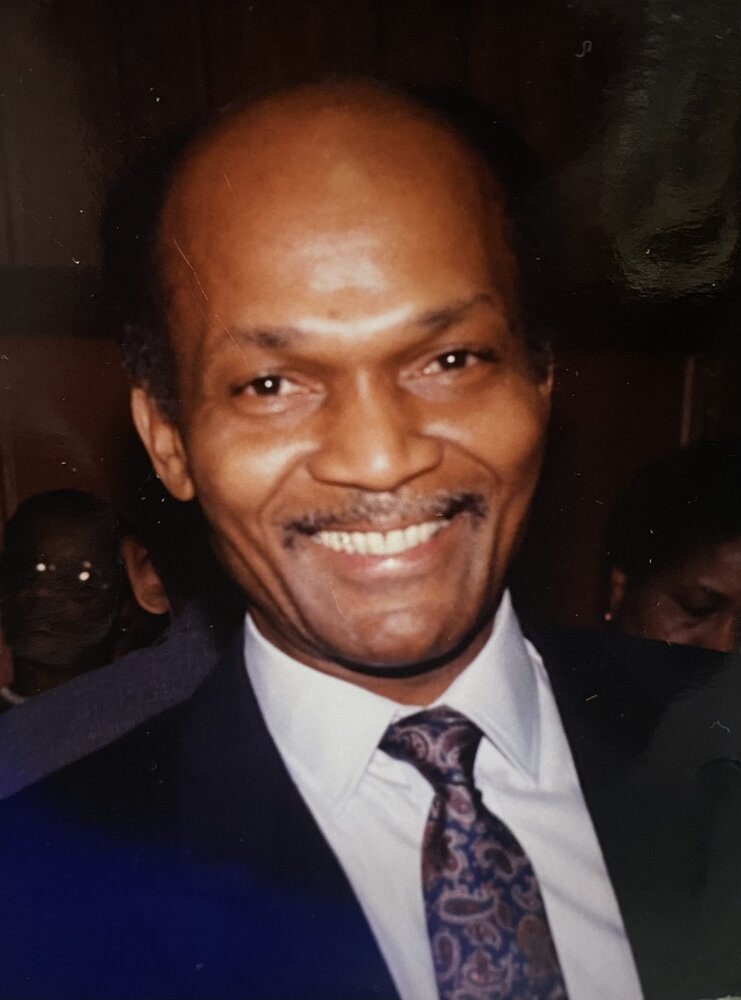 Obituary of William B Brome

Please share a memory of William to include in a keepsake book for family and friends.
View Tribute Book

WILLIAM BERTRAM BROME passed away on Good Friday, April 15, 2022, at the age of 79. He was born in St. Lucy, Barbados, West Indies on April 12, 1943, to Elsie Elmena Brome, where he is known as Bertram. In the early years of his childhood, Bertram attended Half Moon Fort Primary School, and Coleridge and Parry Secondary School.

Throughout his childhood years, Bertram developed a love and passion for the sea and fishing. He often told humorous stories about when he would get in trouble for going fishing unattended, but that did not stop him, nor did it stop his grandmother from using his catch for a meal.

Another favorite of Bertram’s was his love of woodwork, so he would often be found at the Carpenter’s Shop, this admiration of the different designs and textures of wood stayed with him for life.

Also in 1974 was the beginning of an avid career path at Metropolitan Life Insurance Company, where he was then called Bill. Here, he worked his way up from supporting various systems in MetLife, to becoming a Systems Engineer and providing customer services internally.  He then finished off his career working in the IT Services Department for Siemens.

His work experiences exposed him to different cultures, which resulted in enhancing his historical knowledge, as well as his social and comical skills.

As a retiree, Bill continued his devotion of helping others and bringing smiles to many faces. Bill was a people person, very humorous, and always had a story to tell. He was an avid reader and always kept up with world events, and could always offer different solutions to a problem. He was known for his knowledge, skill sets, and handy workmanship.

Additionally, he was known for his love for the sea and fishing, his attention to detail, and certainly his comedy. Bill made an impact on almost anyone he helped or conversed with, and he will be dearly missed by many.

Bill was preceded by his cousins Martin Greaves and James DaCosta Brome.

Bill is survived by his wife Christine, her son Christopher, and their daughter Laura Neysmith Brome; and Phaedra Brome and Dameon Brome from a prior marriage; 1 grandchild: Dionisa Wilson, 2 great-grandchildren: Xiana Murray and Janari Wiggins; cousins and a host of dear friends.

In Lieu of flowers, donations can be made to St. Jude's Children's Research Hospital in Bill's name.