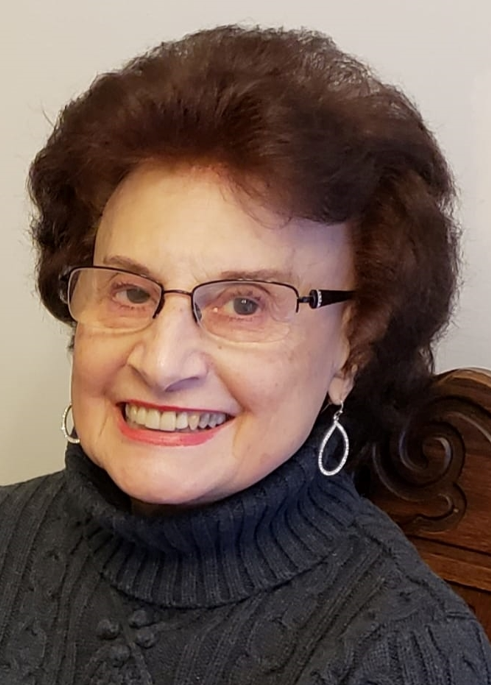 Please share a memory of Carmella to include in a keepsake book for family and friends.
View Tribute Book

Carmella “Millie” Iosso, 86, passed away on May 30, 2022, at the Chelsea of Warren.  Born in Newark to the late Anthony and Lucy (Buccari) Buccino, she was a resident of Middlesex since 1973.

Bursting with energy, she threw herself into activities including ballroom dancing, the OLMV and area choruses, and aerobics.  Throughout her life, she was active in the community, progressing from being a den mother early on to later participating in groups like the Red Hats and Traveling Seniors.  She was an Executive Secretary for many years at Dranetz Technologies and later worked at Silver Line Windows (Anderson) into her seventies.

Millie loved to keep busy, she spent many afternoons taking her young sons and others to a variety of activities such as ice skating, NYC, and walking the boards at Seaside.  Family was also very important to her.  For example, for many years she visited her ailing sister each Sunday, had a weekly dinner with her brother, and hosted her grandchildren on weekends.  Until recently, she continued to drive herself around, often ferrying several friends to various line dancing venues and the Play in the Park.  Almost any event she hosted included pasta with sauce following her mother-in-law’s recipe and a big plate of fresh-baked knots.

Millie was predeceased by her husband Gaetano “Thomas” P. Iosso, sister Jean DeMarzo, and brother Nicholas.  She is survived by her brother Carl Buccino, sons Thomas R. and his wife Ilona and David Iosso, grandchildren Chantal, Andre, Bee, Dan, and Fiona, and numerous nieces and nephews—who all said she was their “favorite aunt.”

Visitation will be held at Middlesex Funeral Home, 528 Bound Brook Road, Middlesex, NJ 08846 on Tuesday, June 7, 2022 beginning 9:00am.  Concluding announcements will begin at 10:30am with graveside prayers following at Immaculate Conception Cemetery in Montclair.

Look inside to read what others have shared
Family and friends are coming together online to create a special keepsake. Every memory left on the online obituary will be automatically included in this book.
View Tribute Book
Share Your Memory of
Carmella
Upload Your Memory View All Memories
Be the first to upload a memory!
Share A Memory
Send Flowers
Plant a Tree
Admin Login | Website powered by FuneralTech & TA | Privacy Policy | Terms of Use