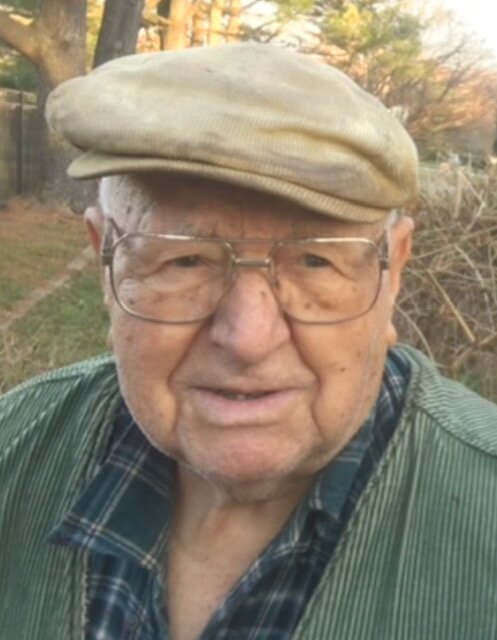 Please share a memory of Antonios to include in a keepsake book for family and friends.
View Tribute Book

Warren, NJ – Antonios P. Ballas, 101, passed away peacefully at his home on June 7, 2022. Born in the village of Arginia, on the island of Cephalonia, Greece, Antonios immigrated to the United States in 1955. Prior to moving to the US, Antonios met the love of his life, the late Amalia Ballas in 1950. Antonios and Amalia lived in New Jersey before moving to California in 1959.

After a series of odd jobs to support his family, Antonios settled into the restaurant business and worked long and hard to open a small cafe in Berkeley California. In 1970, the Ballas family relocated back to NJ and it was then, he opened his pride and joy, The Bridgewater Diner (currently Time to Eat Diner.), which he owned with his partners for 18 years. In 1987, Antonios retired and he and his wife Amalia purchased their vacation home in Varkiza, Greece.

Unfortunately, in 1988, his wife passed away at a young age. Over the years, Antonios met many new friends and enjoyed many memories in Greece, and he would travel there to visit friends and family members well into his 90’s. He was a member of St. George Greek Orthodox Church in Piscataway and had a love of gardening and cooking. Every year as soon as spring arrived, and once again well into his 90’s, Antonios could be found spending hours tending to his garden.  There was also nothing he enjoyed more than cooking up a meal for his family.

Anyone who knew him loved him, and nobody ever have a bad thing to say about him. The consummate storyteller, people loved to gather around him to hear his tales of years and memories gone by. He was a good natured, kind, and loving soul who never refused to help others in need, especially the many who, like himself had immigrated from his village of Arginia.

Predeceased by his parents Panagi and Evanthia (Markatou) Ballas and four siblings, Antonios leaves behind his daughter Evanthia of Warren and his son Eftechios of Bound Brook.

Visitation will take place at Middlesex Funeral Home, 528 Bound Brook Road, Middlesex, NJ 08846 on Wednesday, June 15, 2022 from 6pm-9pm. On Thursday, June 16, 2022, family and friends may arrive to St. George Greek Orthodox Church, 1101 River Road, Piscataway, NJ 08854 at 10:00am for additional visitation prior to the 11:00am funeral service. Antonios will be laid to rest beside his wife at Bound Brook Cemetery. Although flowers are accepted, those who wish to make a donation may do so in Antonios’ name to St. George Greek Orthodox Church.

Look inside to read what others have shared
Family and friends are coming together online to create a special keepsake. Every memory left on the online obituary will be automatically included in this book.
View Tribute Book
Share Your Memory of
Antonios
Upload Your Memory View All Memories
Be the first to upload a memory!
Share A Memory
Send Flowers
Plant a Tree
Admin Login | Website powered by FuneralTech & TA | Privacy Policy | Terms of Use