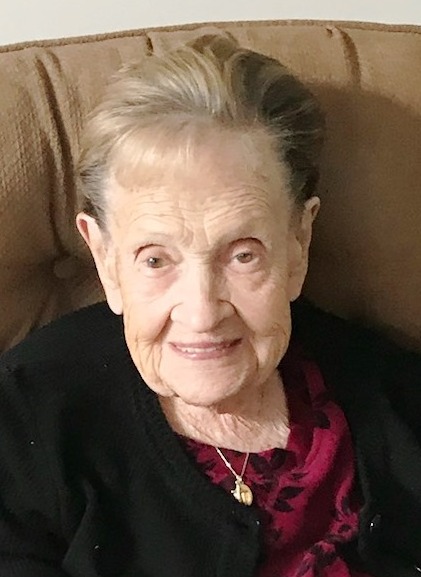 Born in New York City, Sophie grew up on Manhattan’s West Side. She moved to South Plainfield in 1953 and resided there until relocating to Bethesda, Maryland in 2016.

Sophie graduated from Julia Richman High School in 1943. Following graduation, she worked as a telephone operator in New York City and during WWII, she moved to San Francisco to work for AT&T. In 1951, she married John Maslak and they were happily married for 43 years. Sophie was a beloved and devoted wife and mother of five children. Faith, family and friendships were the priorities by which she lived her life; always willing to lend a supportive ear and gentle guidance. After raising her family, Sophie reentered the workforce where she ultimately retired from Lockheed Martin. She had a natural talent and love for cooking and baking which she enjoyed sharing with her family and friends. As a longtime parishioner of Sacred Heart Roman Catholic Church in South Plainfield, Sophie was a member of the Altar Rosary Society.

Family and friends may gather in the McCriskin – Gustafson Home For Funerals, 2425 Plainfield Avenue, South Plainfield NJ 07080 on Wednesday, July 6, 2022 from 5-8PM.

A funeral mass will be held on Thursday, July 7, 2022 at 10AM in Sacred Heart RC Church, 149 South Plainfield Avenue, South Plainfield NJ 07080 all are invited to gather in the funeral home at 9AM.  Sophie will be laid to rest alongside her beloved husband John at Holy Redeemer Cemetery, South Plainfield, NJ.

In lieu of flowers, donation may be made in Sophie’s name to the St. Jude Children’s Research Hospital, 501 St. Jude Place, Memphis, TN 38105.