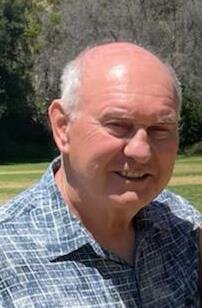 Please share a memory of Edmund to include in a keepsake book for family and friends.
View Tribute Book

Born in Germany to the late Peter and Bronislawa Karwowski, Edmund immigrated to the United States at the age of 14. Edmund and his family resided in Bloomfield, NJ where he attended High School.

In 1971, Edmund married Judy Myslinski and settled in South Plainfield where they would grow their family.

An Electrician by trade, he worked for Schiller Electric for most of his life before retiring. However, during his retirement, Mr. Karwowski continued to keep busy by working park time.

Edmund will forever be remembered for the love he had for his family. A grandfather to four and uncle to 14, he loved his entire family and was adored by all.

Visitation will be held on Sunday, July 10, 2022, beginning at 1 pm with Funeral services to follow at 4:30 pm in the McCriskin-Gustafson Home for Funerals, 2425 Plainfield Ave. South Plainfield, NJ 07080.

Cremation Services are being held privately.

In Lieu of flowers, donations can be made to the ASPCA in Edmund’s name.

Look inside to read what others have shared
Family and friends are coming together online to create a special keepsake. Every memory left on the online obituary will be automatically included in this book.
View Tribute Book
Share Your Memory of
Edmund
Upload Your Memory View All Memories
Be the first to upload a memory!
Share A Memory
Send Flowers
Plant a Tree
Admin Login | Website powered by FuneralTech & TA | Privacy Policy | Terms of Use