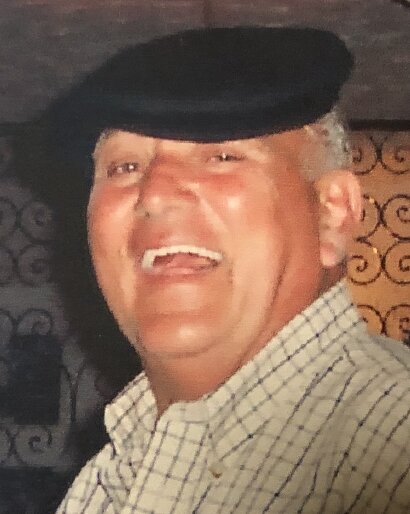 Please share a memory of Daniel to include in a keepsake book for family and friends.
View Tribute Book

Piscataway, NJ – Daniel Gene Peters, 80, died suddenly at his home on July 12, 2022. Born in Reading, PA to the late William and Violet (Catalano) Peters, Danny lived in Newark until 1964, where he settled in Piscataway with his wife Elizabeth to raise their family.

Danny enlisted in the United States Air Force in 1959 and was honorably discharged in 1963 and served two more years in the Air Force Reserve until 1965. He was a heavy equipment service representative for Poclain, Case & Drott and was a dealer service representative for Trico, Jesco and Binder Machinery. After retirement, Danny kept himself busy with a part-time job at Fullerton Ford.

In 1980, Danny founded the Piscataway Soccer Club and was an avid soccer player in his youth and military career. He also was a dedicated member of the Somerville Elks #1068 and the Piscataway American Legion Post #261.

Unable to just sit still, Danny was always working with his hands tinkering around. Whether it was camping with his family and friends, building or fixing things or enjoying time with his Harley and classic ‘59 Corvette. He also enjoyed gardening, cooking and had a huge heart when it came to animals, especially the strays that often became his pets. No matter the circumstances, Danny never missed a sporting or social event for his children or grandchildren, and on most occasions, volunteered to help out. Danny was truly the number one fan and supporter to his family.

Danny leaves behind his loving wife of fifty-eight years, Elizabeth (Betty) Peters and their children; Mark Peters and his wife Toni Capria of Mays Landing and Angela Craig and her husband Rob of Middlesex. He will be deeply missed by his three grandchildren; Alexandra, Jared and Jaelyn as well as his sister Lisa Heck and brother Steve Gaspari, both of Reading, PA. Dan was predeceased by his brother Gary Peters, who was always the life of the party.

A memorial gathering honoring Danny’s life will be held at Middlesex Funeral Home, 528 Bound Brook Road, Middlesex, NJ 08846 on Tuesday, July 19, 2022 beginning at 5:00pm. A concluding prayer service along with military honors will be held at 6:30pm.

In lieu of flowers, memorial donations in Danny’s name sent to Deborah Heart & Lung Center (www.demanddeborah.org) or to an animal rescue of your choice would be appreciated.

Look inside to read what others have shared
Family and friends are coming together online to create a special keepsake. Every memory left on the online obituary will be automatically included in this book.
View Tribute Book
Share Your Memory of
Daniel
Upload Your Memory View All Memories
Be the first to upload a memory!
Share A Memory
Send Flowers
Plant a Tree
Admin Login | Website powered by FuneralTech & TA | Privacy Policy | Terms of Use