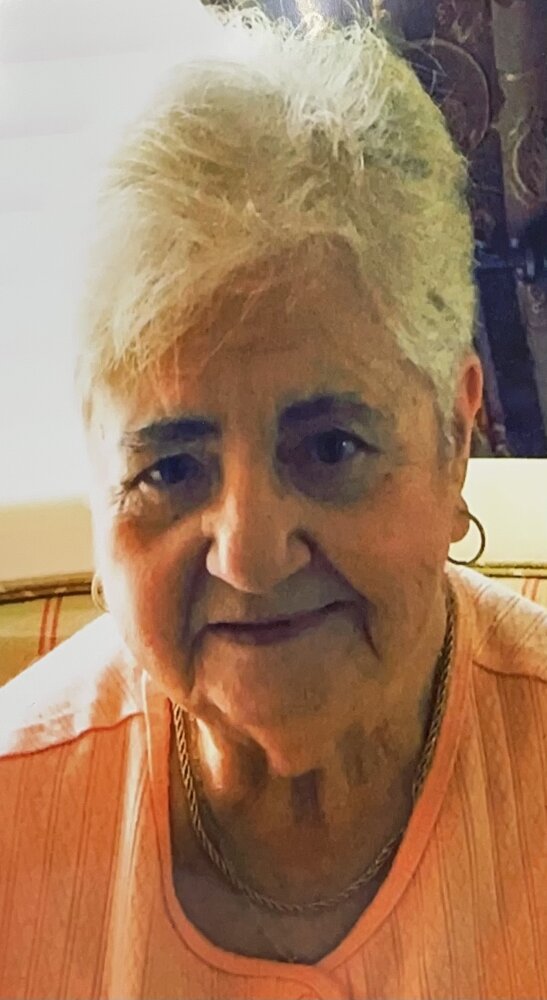 Please share a memory of Carmella to include in a keepsake book for family and friends.
View Tribute Book

Middlesex, NJ – Carmella Sacco, 89, passed away at her residence on July 13, 2022.  Born in Plainfield to the late Vincent and Christine (DeBonis) Cherubino, Carmella lived in North Plainfield most of her life and settled to Middlesex in 1997.

She worked numerous jobs over the years, but most recently, she worked as a travel agent and was the office manager of her son David’s business, Somerset Construction and Maintenance located in Neshanic Station.  Carmella was very good with her hands, especially arts and crafts and painting.  She also enjoyed reading, playing solitaire on the computer and attending Broadway shows.

Predeceased by her husband William in 1994 and her grandson Joseph Sacco, Carmella leaves behind her five children; Robert of Las Vegas, NV, Michael of North Plainfield, David and his wife Susan of Whitehouse Station, Linda Sacco of Phoenix, AZ and Thomas of NY.  She is also survived by her grandchildren; Nicholas of Las Vegas, NV, Kelly Ann Bryson and her husband Michael of Stewartsville and Kimberly Sacco of King of Prussia, PA, great-grandchildren; Aria, Kylar and Kinley as well as her siblings; Elizabeth Buhager of AZ and Norman Cherubino of CA.

On Wednesday, July 20, 2022, family and friends are invited to St. Joseph Roman Catholic Church in North Plainfield beginning with a gathering at 9:00am followed by a 9:30am funeral mass.  Mausoleum entombment will follow mass at Holy Redeemer Mausoleum in South Plainfield.

In lieu of flowers, memorial donations to National Federation of the Blind, NJ Chapter (www.nfbnj.org) would be appreciated.

Look inside to read what others have shared
Family and friends are coming together online to create a special keepsake. Every memory left on the online obituary will be automatically included in this book.
View Tribute Book
Share Your Memory of
Carmella
Upload Your Memory View All Memories
Be the first to upload a memory!
Share A Memory
Send Flowers
Plant a Tree
Admin Login | Website powered by FuneralTech & TA | Privacy Policy | Terms of Use