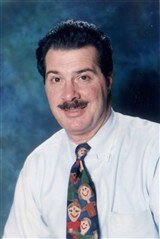 Please share a memory of Albert to include in a keepsake book for family and friends.
View Tribute Book

Albert J. Musmanno, 75, of South Plainfield, known to many as Mr. Mus, died peacefully at Care One of Somerset Valley on July 30, 2022.

Born in Steubenville, Ohio to Albert and Grace Musmanno, Al was raised in North Plainfield, NJ.  He graduated from North Plainfield High School where he was an accomplished wrestler.  He attended Newark State College achieving a BA in Science in 1968 where he was the President of the Inter-Fraternity Sorority Council and then earned a Master Degree in Education in 1982.  He worked for the Plainfield School System, teaching elementary science for 41 years.  During his tenure, he was a four-time recipient of the Teacher of the Year Award, traveled to South Korea and Puerto Rico to perform workshops, and was a mentor with his peers as he excelled in hands-on science workshops as a Science Supervisor.  Additionally, for almost 20 years, he was the Coach for the Plainfield Wrestling Team, which he treasured deeply.  He remains remembered and beloved by his wrestlers to this day.

He is a published author of “Little Poems about Big Ideas in Science,” a book of science songs and poems which make learning enjoyable for students.  Mr. Mus’s philosophy was always: “The magic of rhyme will make learning easier most of the time.”

Al lived most of his life in South Plainfield and could often be seen around town frequenting local businesses especially David’s Stationary to acquire his lucky lottery tickets, Rudolfo’s for his favorite meatball parm, or Haisch’s Bakery for a sweet dessert.  He had enjoyed summer vacations at Cape May and Atlantic City with his late wife, Maxine.  He was a communicant at Our Lady of Czestochowa, where he volunteered for over 20 years as the Chairman of the annual fair, The Feast of St. Anthony.  He was also a dedicated member of the South Plainfield Knights of Columbus.

He was predeceased by his lovely wife, Viola (Maxine) Musmanno, and his parents, Albert and Grace Musmanno.

He is survived by his son, Albert Musmanno Jr. and wife Kelly of Metuchen; his daughter, Amy Emrich and husband Edward of Marlton; his sister, Lil Musmanno of Bridgewater; stepdaughters, Tina Morrison of Beachwood and Michele “Missy” Zelenty of Brick, and his grandchildren, Jake, Trent, Eddie, Zachary, and Aiden.

Visitation will be on Tuesday, August 2, 2022 from 4 to 8pm at McCriskin-Gustafson Home for Funerals 2425 Plainfield Ave South Plainfield NJ.

Funeral services will be held on Wednesday, August 3, 2022 beginning at 9:15am in the funeral home followed by a 10am funeral mass at Our Lady of Czestochowa RC Church, South Plainfield.

Entombment will follow at Resurrection Burial Park in Piscataway.

Look inside to read what others have shared
Family and friends are coming together online to create a special keepsake. Every memory left on the online obituary will be automatically included in this book.
View Tribute Book
Share Your Memory of
Albert
Upload Your Memory View All Memories
Be the first to upload a memory!
Share A Memory
Send Flowers
Plant a Tree
Admin Login | Website powered by FuneralTech & TA | Privacy Policy | Terms of Use