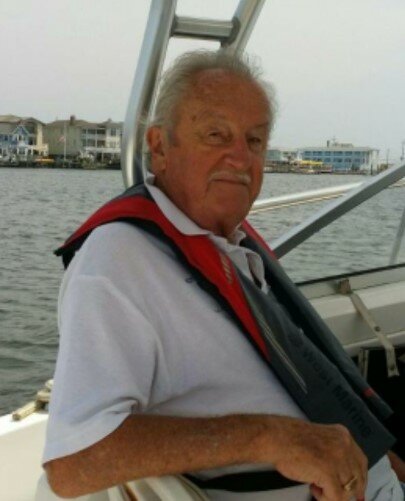 South Plainfield - John R. Shuleski, Jr. 87, passed away peacefully on Thursday, August 18, 2022 at home surrounded by his family.  Born and raised in Wilkes-Barre, PA to the late John and Catherine (Timek) Shuleski, John moved to Elizabeth in 1952 then settled to South Plainfield in 1968.

John attended the former Newark College of Engineering and had worked as an electrical engineer for Thomas and Betts of Elizabeth for nineteen years.  He went on to work in the data processing department at the corporate headquarters of Channel Home Centers in Whippany until their closing.  Before his retirement in 2000, John was a system designer for K Mart in North Bergen and worked part time as a “Jack of All Trades” with the McCriskin-Gustafson Home for Funerals.  As a skilled woodworker, John also had done many projects for J.R.’s Country Crafts.

Active in the South Plainfield Community, John was a proud life member and Past Exalted Ruler of the South Plainfield B.P.O. Elks Lodge #2298.  During the 1970's John had been the director of the Jr. Baseball Club and under his guidance, the initial building for the clubhouse was built.  He was also formerly active in Cub Scouting and had been the Pack Leader for Pack 224.  John was a life member of the Italian American Progressive League where he enjoyed the many years in the dart league and a communicant of Our Lady of Czestochowa RC Church.  In addition, John was an avid bowler and over the years, had bowled in numerous leagues. He was a car enthusiast and always looked forward to his annual fishing trips.

Predeceased by his first wife Patricia in 1986; John is survived by his wife, Barbara J. (Courtney) Shuleski, his daughter Cheryl Shuleski of Colonia and by his son and daughter in law, Scott and Debbie Shuleski of South Plainfield.  He is also survived by his brothers, Richard Shuleski and wife Rita and Peter Michael and wife Mary Ruth as well as many extended family members and friends.

Funeral services will begin on Wednesday, August 24, 2022 at 9AM in the McCriskin – Gustafson  Home For Funerals, 2425 Plainfield Ave South Plainfield, followed by a funeral mass in Our Lady of Czestochowa RC Church at 10am.

In lieu of flowers, donations in his memory may be made to the Compassus Hospice Foundation. https://compassuslivingfoundation.org/give/

Look inside to read what others have shared
Family and friends are coming together online to create a special keepsake. Every memory left on the online obituary will be automatically included in this book.
View Tribute Book
Share Your Memory of
John
Upload Your Memory View All Memories
Be the first to upload a memory!
Share A Memory
Plant a Tree
Admin Login | Website powered by FuneralTech & TA | Privacy Policy | Terms of Use