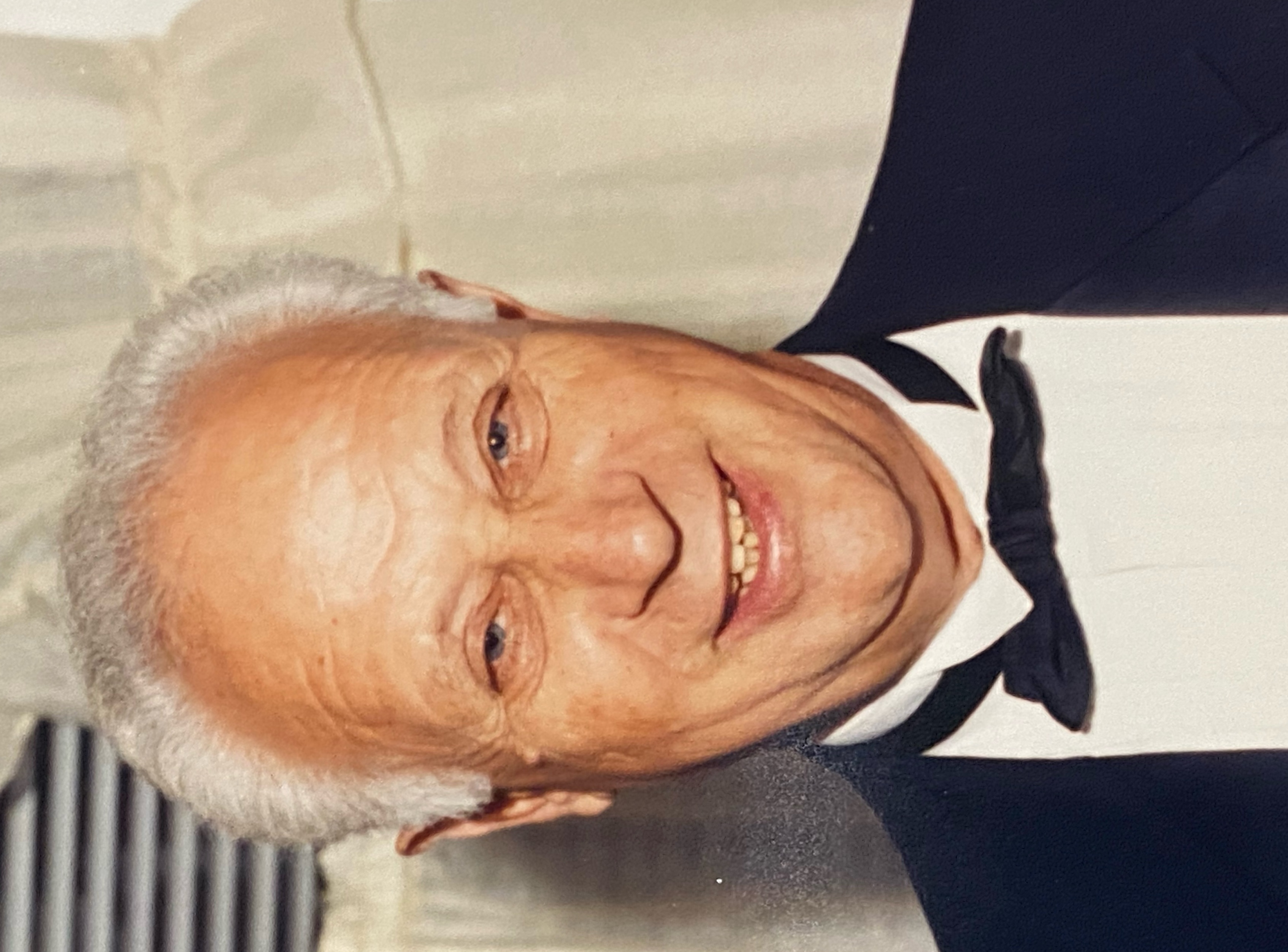 Please share a memory of George to include in a keepsake book for family and friends.
View Tribute Book

South Plainfield – George Husjoke, 94, passed away peacefully surrounded by loving family at the NJ Veterans Memorial Home at Menlo Park in Edison.  Born and raised in Newark, George and his late wife, Marie settled to South Plainfield in 1992.  George worked for Gate of Heaven Cemetery in East Hanover as a gravedigger.

A communicant of Sacred Heart R.C. Church, he also belonged to the Catholic War Veterans for years.  George also enjoyed playing bingo, the lottery, going to the casino and was an avid sports fan, especially the NY Yankees and NY Giants.  Above all things, George was a true family man who loved spending time with them.

After his two daughters researched their father’s birth family, in 2017, George had the pleasure of meeting his step brothers and sisters as well as cousins.

Predeceased by his wife, Marie R. (Calabrese) Husjoke; surviving are his two children, Debra Pinto and husband Matthew and Lisa Gerber and husband James, all of South Plainfield and three grandchildren, Genna, Gerianna and James.  Lovingly known as “Baby George” to all those at the VA Home, after five years of becoming more than friends with everyone, he will be missed deeply by all those that knew him.

Burial of his cremated remains will take place at Gate of Heaven Cemetery in East Hanover.

Family and friends may attend visitation on Friday, September 2, 2022 from 6-8PM in the funeral home.

Look inside to read what others have shared
Family and friends are coming together online to create a special keepsake. Every memory left on the online obituary will be automatically included in this book.
View Tribute Book
Share Your Memory of
George
Upload Your Memory View All Memories
Be the first to upload a memory!
Share A Memory
Send Flowers
Plant a Tree
Admin Login | Website powered by FuneralTech & TA | Privacy Policy | Terms of Use