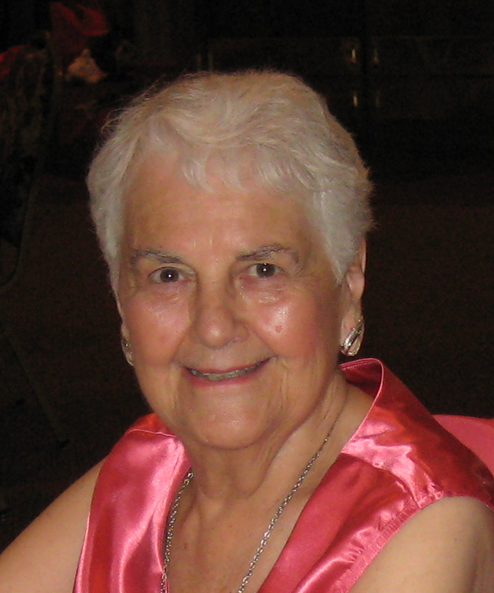 Obituary of Eleanor May Painton

Please share a memory of Eleanor to include in a keepsake book for family and friends.
View Tribute Book

She was born in Brooklyn, NY on May 9, 1924 to the late Anthony and Michelina (Porta) Montesi. Eleanor resided in Linden, NJ most of her life where her father was a police officer.

While working in Elastic Stop Nut, Inc. in Union New Jersey, she met the love of her life, George M. Painton, Jr. They were married on March 2, 1946.  They lived in Cranford in their first house before settling in South Plainfield in 1954 where they raised their family.

At the request of the Painton Family, services will be privately arranged through McCriskin-Gustafson Home for Funerals in South Plainfield.

Following the funeral service, Eleanor will be burried at Hillside Cemetery,

In honor of Eleanor, please feel free to make a contribution in her name to Haven Hospice, 80 James Street, Edison, NJ 08820.

A Memorial Tree was planted for Eleanor
We are deeply sorry for your loss ~ the staff at McCriskin – Gustafson Home For Funerals, LLC
Join in honoring their life - plant a memorial tree
Online Memory & Photo Sharing Event
Online Event
About this Event

Look inside to read what others have shared
Family and friends are coming together online to create a special keepsake. Every memory left on the online obituary will be automatically included in this book.
View Tribute Book
Share Your Memory of
Eleanor
Upload Your Memory View All Memories
Be the first to upload a memory!
Share A Memory
Send Flowers
Plant a Tree
Admin Login | Website powered by FuneralTech & TA | Privacy Policy | Terms of Use