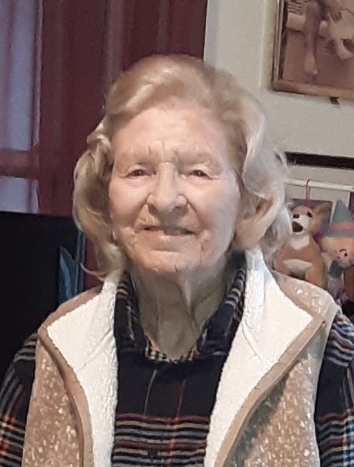 Please share a memory of Joyce to include in a keepsake book for family and friends.
View Tribute Book

Born in Plymouth, England, Joyce immigrated to the United States in the 1950s.  She married the late Jonnie Larkin, a career Navy Chef and the pair resided in Rhode Island where they started their family, finally settling in South Plainfield in 1961.

Joyce enjoyed gardening, baking and cooking for her family.  She also enjoyed taking care of children, which she made a career out of.

Predeceased by her husband, Jonnie Larkin, sons, Gregory and Edward Larkin and grandchildren, John Lane and Heather Larkin; surviving are her two daughters children, Michele Larkin of South Plainfield, Denise Foster of Milltown and daughters in law, Jean and Janet Larkin as well as her six grandchildren and six great grandchildren.

Funeral services will be held on Tuesday, October 4, 2022 at 11AM in the McCriskin – Gustafson Home For Funerals, 2425 Plainfield Avenue, South Plainfield NJ 07080 followed by entombment in Cloverleaf Memorial Park, Woodbridge.

Family and friends may gather on Monday, October 3, 2022 from 4-6PM in the funeral home.