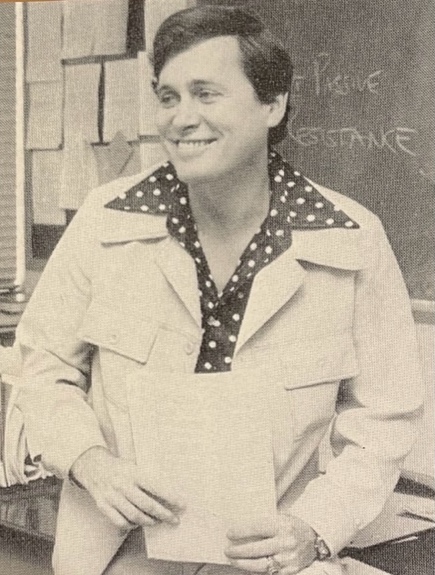 Obituary of Edward A. Clark

Please share a memory of Edward to include in a keepsake book for family and friends.
View Tribute Book

Plainfield, NJ – Edward A. Clark, 84, passed away at his home on September 30, 2022 with his loving wife at his side.  Born one of nine children in Brooklyn, NY to the late William E. and Louise (Shanahan) Clark, Ed served his country proudly in the United States Army.  Ed graduated from Abraham Lincoln High School where he was proud to be on the undefeated varsity football team which went on to win the 1955 NYC Championship.

Ed graduated from Rutgers University with a Bachelor’s Degree and then from Kean College with his Masters.  He began his teaching career at Dunellen High School where he also coached football.  After thirty years of teaching Social Studies, coaching football for the Middlesex High School, he retired and spent time with his family.  He enjoyed reading, going to the movies, rooting for the Giants and traveling with his wife Jackie.

Predeceased by his brothers William and Thomas, Ed leaves behind his loving wife of forty-four years; Jacqueline Scully –Clark, his daughter Kelly Clark and her husband Peter Wilkins as well as his two grandsons; Cal and Riley.  Ed is also survived by his brothers Joseph and his wife Sharon, Robert, John and sisters; Mary Lou Marshall, Helen Clark and Barbara Whitehouse.  His numerous students, especially those who enjoyed his class and the memorable antics he used to make history come alive will miss him dearly.

A gathering celebrating Ed’s life will be held at Middlesex Funeral Home, 528 Bound Brook Road, Middlesex, NJ 08846 on Saturday, October 8, 2022 from 2-4pm and 6-8pm.  A concluding service with Military Honors will begin at 7:45pm.

In lieu of flowers, memorial donations in Ed’s name sent to Middle Earth, 520 Bridge Street, Bridgewater, NJ 08807 would be appreciated.

Look inside to read what others have shared
Family and friends are coming together online to create a special keepsake. Every memory left on the online obituary will be automatically included in this book.
View Tribute Book
Share Your Memory of
Edward
Upload Your Memory View All Memories
Be the first to upload a memory!
Share A Memory
Send Flowers
Plant a Tree
Admin Login | Website powered by FuneralTech & TA | Privacy Policy | Terms of Use