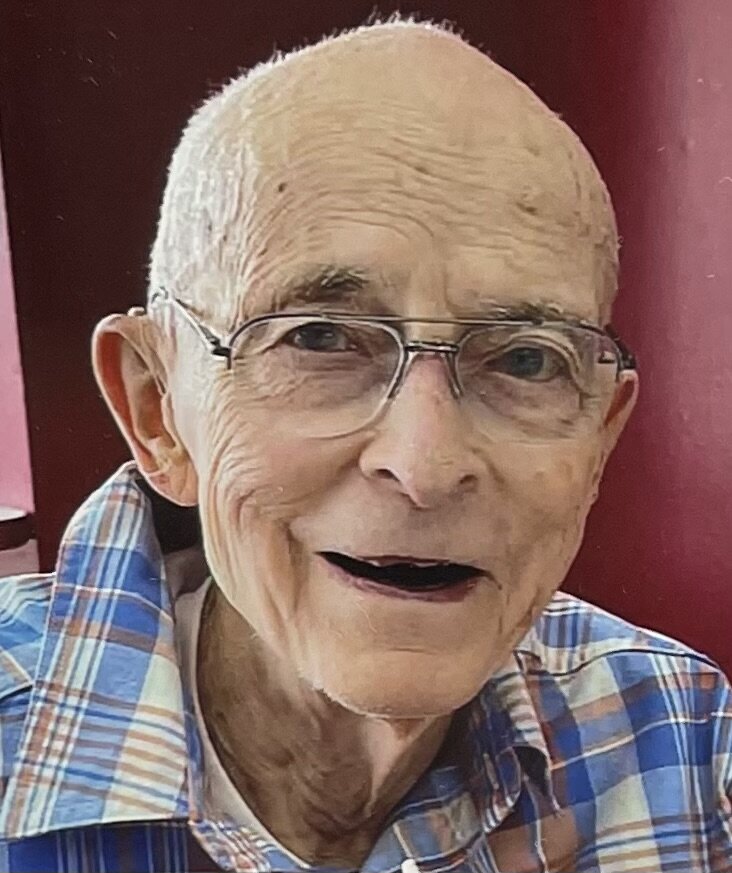 Please share a memory of Frederick to include in a keepsake book for family and friends.
View Tribute Book

South Plainfield, NJ – Frederick L. Hunter, Jr., 98, passed away on October 22, 2022 at JFK Medical Center in Edison.  Born in Ossining, NY to the late Frederick L. and Nora (Gleason) Hunter, Fred grew up in Tarrytown, NY, lived in Westfield and settled in South Plainfield in 1955.

Fred served his country proudly as a Corporal in the United States Marine Corp. serving during WWII on Okinawa and was one of the first servicemen in Japan.  He went to Syracuse University after returning home from the USMC and graduated with a degree in Electrical Engineering.  He was an electrical engineer with RCA in Somerville and was a partner with Yamaha of Clayton County located in Riverdale, GA.  A huge sports fanatic, Fred loved Syracuse Basketball, the NY Jets and the St. Louis Cardinals.  Back in high school, he was proud to be featured in the newspaper having pitched a no hitter for Tarrytown Baseball.  In his earlier years, Fred was an Assistant Scout Master with Troop 125.

Predeceased by his wife Nancy in 2019 and four siblings, Fred leaves behind his daughter Valerie Hunter-Goss and her husband Frank of Fort Collins, CO and son William S. Hunter and his wife Darcy of Jericho, VT.  He will be missed dearly by his grandchildren; Justin Hunter, Nicholas Hunter, Kris Slaughter, Allison Dameron and Michelle and Jessica Mistrik as well as his great-grandchildren Adrianna, Morgan, Scout and Olivia.  Fred is also survived by his brother, David Hunter and his wife, Patricia of Vero Beach, FL, sister Barbara Palmer and her daughter Robin Guiliano, both of San Angelo, TX.

Funeral services will begin 9:30am in the funeral home on Wednesday, October 26, 2022 followed by a 10:00am funeral mass at Sacred Heart Church in South Plainfield.  Fred will be buried along with his wife Nancy at Fairview Cemetery in Westfield.

In lieu of flowers, donations sent in Fred’s name to the Michael J. Fox Foundation (www.michaeljfox.org) would be appreciated.

Look inside to read what others have shared
Family and friends are coming together online to create a special keepsake. Every memory left on the online obituary will be automatically included in this book.
View Tribute Book
Share Your Memory of
Frederick
Upload Your Memory View All Memories
Be the first to upload a memory!
Share A Memory
Send Flowers
Plant a Tree
Admin Login | Website powered by FuneralTech & TA | Privacy Policy | Terms of Use