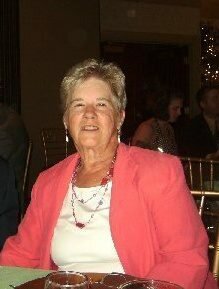 Born in Clearfield, PA, Darla resided in South Plainfield, settling to the Borough in the 1960s.  She was the owner and operator of Hair N Now of Greenbrook.   Darla and her beloved husband, William, retired to Lake Ariel 20 years ago.

A communicant of Sacred Heart RC Church in South Plainfield, Darla taught CCD for several years.  She also volunteered with the Ladies Auxiliary of the South Plainfield Rescue Squad and was an avid bowler.

Funeral services will be held on Thursday, December 29, 2022 at 9AM in the McCriskin – Gustafson Home For Funerals, 2425 Plainfield Avenue South Plainfield, a funeral mass will be held in Sacred Heart RC Church at 10AM.

Family and friends may gather in the funeral home on Wednesday from 2-4PM and 6-8PM.