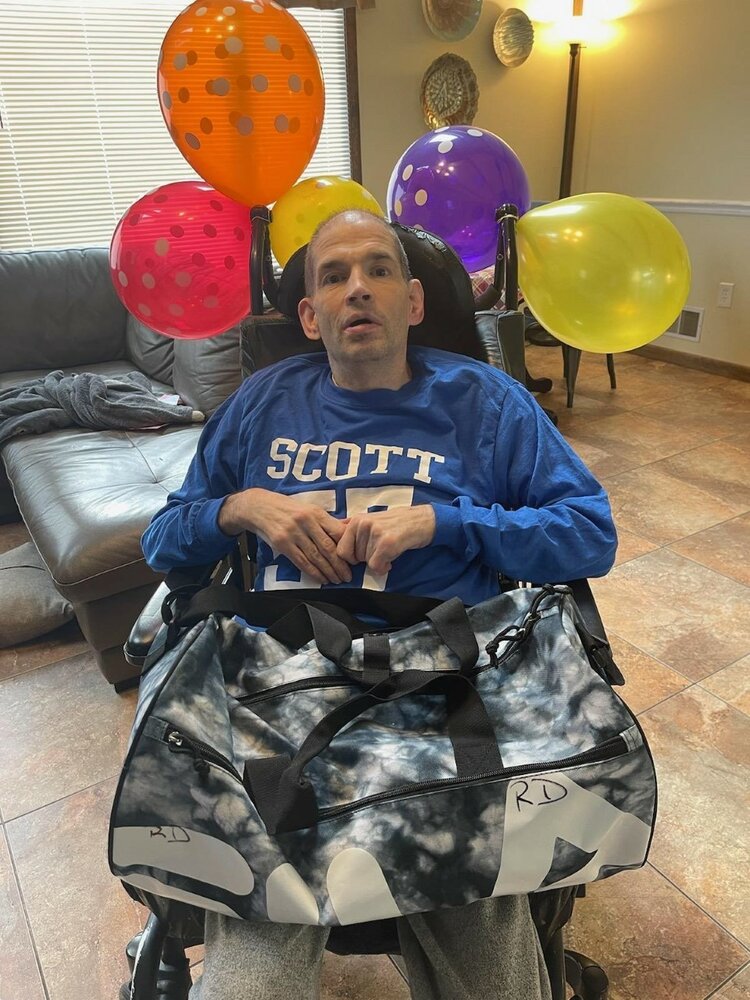 Please share a memory of Scott to include in a keepsake book for family and friends.
View Tribute Book

Born in Union, Scott grew up in the greater Linden and Elizabeth area.

He resided at the Keystone Community residence in South Plainfield for nearly 30 years before relocating to the Fairmount Group Home in Bridgewater six years ago.

As a resident at Keystone Scott developed several lifelong friendships with many of the residents and staff members.

He took joy in receiving his birthday and holiday cards; sipping coffee and always made sure he had money.

Visitation will be held on Wednesday, January 11, 2023 beginning at 10:30am followed by a 12pm funeral service in the McCriskin – Gustafson Home for Funerals 2425 Plainfield Ave. South Plainfield, NJ 07080.

Immediately following the funeral service, Scott will be laid to rest at St. Gertrude’s Cemetery, Colonia.

Look inside to read what others have shared
Family and friends are coming together online to create a special keepsake. Every memory left on the online obituary will be automatically included in this book.
View Tribute Book
Share Your Memory of
Scott
Upload Your Memory View All Memories
Be the first to upload a memory!
Share A Memory
Send Flowers
Plant a Tree
Admin Login | Website powered by FuneralTech & TA | Privacy Policy | Terms of Use