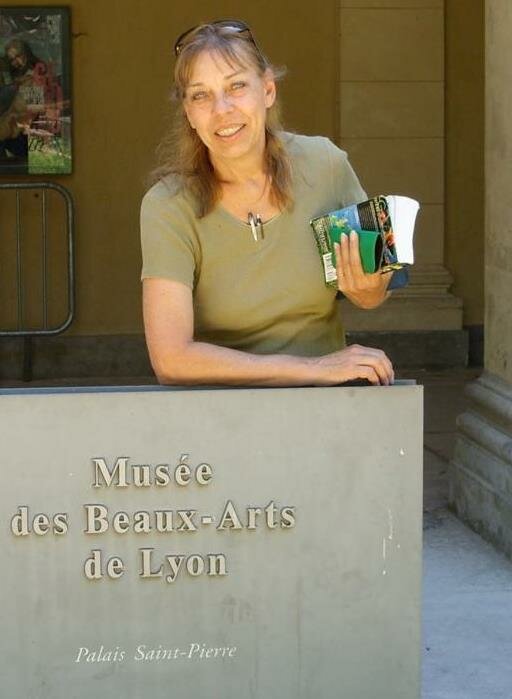 Please share a memory of Karin to include in a keepsake book for family and friends.
View Tribute Book

Born in Brazil to the late Kai and Evelyn Tilly, Karin spent her early life here before meeting her husband, Elmer Dungee, a Marine stationed in Brazil. Elmer returned to the United States in 1966, and Karin was not far behind, moving in February on 1967. The two were married that year, and settled in Piscataway.

Karin’s early career started as a receptionist for 195 Broadway, and she later became a Flight Coordinator. Retiring from 195 Broadway in 1983, she returned to Brazil four years later to open a Danish Restaurant called Oskarin. After relocating back to Piscataway in 1996, Karin attended the Chubb Institute to become a Medical Transcriber.

It was after working as a transcriber for seven years the Karin decided to follow her passion and pursue Art. Over the years she has worked in sewing and embroidery, but truly enjoyed learning and mastering painting. She has done works in oils, acrylics, water base and silk painting. It was through her love of art that she made many friends from around the world on Facebook groups, where they would share techniques and help each other master their craft.

Not only did Karin make friends though her art, but it was also through travel. Over the years she has resided across the US. When living on Pine Island, Florida, her neighbors quickly became friends, and soon to be travel partners. They decided to relocate to Sweet, Idaho to escape the heat of Florida, but also to appreciate the endless sunsets and beautiful landscapes Idaho had to offer. Eventually it was time to move again, and it was North Carolina that she settled in. Here she met a gallery owner named Mary Knox, who took an interest in Karin’s artwork, and went above and beyond, displaying it. Over the years, she also became a dear friend with Susan Cantania, the two were there for one another during life’s trials and tribulations.

Predeceased by her husband Elmer, and her siblings Eric and Patsy Tilly, Karin is survived by her sister Eileen Marun (Tilly) and son Benjamin Dungee. She will also be missed by Susan Cantania, as well as a host of extended relatives and friends.

Family and friends are invited to gather at the Piscataway Funeral Home, 18 Stelton Road, Piscataway, NJ, prior to mass, beginning at 9:15 am.